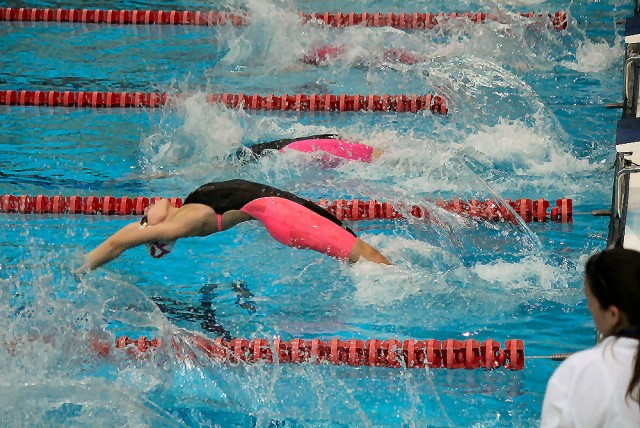 Dina Asher-Smith (born 4 December 1995) is a British sprinter who holds the British records for both the 100 metres and 200 metres. In the 4 x 100 metres relay, she won bronze medals at the 2016 Summer Olympics

Dina Asher-Smith suffered a broken foot in her final training session before the Birmingham Indoor Grand Prix and has been forced to pull out of the event. The 21-year-old sprinter, who won Olympic bronze as part of Britain's 4x100m women's relay team at Rio 2016, said she was "gutted" to miss out.

"What are the odds!" she tweeted. "Last session before the Grand Prix, last reactive jump, and I land awkwardly on my foot and fracture it." She added: "So upset and frustrated but it was a freak accident, one of those unavoidable things in life I guess. Comeback starts now."

Trying to get back to competitive sprinting from a broken foot after having surgery is no easy task at the best of times - let alone with a time frame of about three months. Without using the underwater treadmill it would have been infinitely harder. I was able to start walking and then running sessions underwater about 6 weeks before I was able to do them on hard ground, which obviously made an enormous difference. The work I was able to put in there, from not only a rehab perspective but also in terms of developing my cardiovascular and muscle strength was amazing. I have probably come out stronger than before. I would definitely recommend it to anyone wanting to enhance a rehab programme or develop their training.

I took both my children to have a week of swimming lessons at Swimotion and it was absolutely fantastic.

Jon was a great teacher, he is incredibly good with children and knew just how to get the best from them. He does not patronise at all, he treats them like little people who are on his level which really gets the best out of them. My little boy (age 4) has grown in confidence since having his lessons, and a week after seeing Jon I took him swimming and he jumped straight in the pool, head underwater and then he started swimming unaided! I am 100 per cent sure if I had not been to Jon he would not of had the confidence to do that. I really recommend Swimotion, Jon is such a good teacher and the set up is great, my kids loved it!!

Our family are very keen swimmers so we have wanted to instil a love of water and swimming since they were very little- if you want your children to learn a life long skill and a passion for swimming - Swimotion is the place to go. Thank you Jon!

As an Adult Onset Swimmer, I had managed to teach myself the basics of how not to sink, while making forward motion at a continental drift pace (but with a lot more splashing). My interest in triathlons had grown, and I found myself significantly hampered by the swim leg, coming out close to last and spending the rest of the race desperately trying to make up for lost ground. I was desperately keen to cut down on the deficit to a level that would at least allow me a chance of placing well by the end of the bike and run.

Jon had previously coached my daughter and her confidence in the water had developed rapidly under his tutelage. I reached out to him for a set of private lessons in the endless pool, with the hope of correcting some of my positional deficiencies. Jon's coaching was clear and patient. He tackled my major failings first, correcting one item at a time, and giving me an opportunity between lessons to work at the changes.

The pool that I was coached in was incredible. The ability to swim against the water stream allowed Jon to analyse my position and stroke in close proximity. Video analysis from both above and under the water allowed further positional corrections, and very clearly illustrated to me what I was doing wrong (dropped legs, crossing of the centre line with my stroke, and a variety of other sins that individually can all be corrected with practice).

Jon also offered me training advice after our structured lessons ended, and send me a variety of drills tailored to my training to keep my own pool swims focused and interesting.

At Jon's advice I increased my volume of swimming, and kept my focus on the key items he had highlighted for me. I am never going to set the world alight with my swimming, but I did drop 12 minutes off of my target Ironman swim time (based on my previous half ironman efforts), which I was delighted with.

To anyone who wants to swim faster and more efficient you need to be coached by Swimotion. Fact ! I'm a 50 year old man who has from a small child always considered myself a strong swimmer with no fear of open water.

I'm in my third year of getting fit again and second year of competing in sprint triathlons all my thrashing up and down the pool for three years 3 times a week gave me good cardio but never changed my times; very frustrating when I know I had more in me. I wanted to get better so I joined a club. 3 months on and no improvement in my times I changed clubs another 3 months in and only 4 weeks to Blenheim Palace Triathlon; still no improvement.

I had resided to the fact I will always be an OK swimmer.  I then learnt about Swimotion.  After my first hour with Jon I could see the light and my times started to improve. I was very happy.  Two more 45 minute sessions with Jon and I completed at Blenheim.  It was my bench-mark Tri as I'd done it the year before. 750m swim - 16min 18sec last year; 13min 12sec this year after just 3 lessons.

Thanks again Jon for all your help